Today a hypothesis kind of thought stroked my mind when I was reading about dark matter. Definitely some astrophysicists might have came out with this thought before. I don't know. But this is what I think what dark matter could be. I am not a physicist, so mine will be just an explanation of the concept through text.

First of let me give you an introductory text on dark matter.

What Is Dark Matter?

Abell 2744: Pandora's Cluster Revealed
One of the most complicated and dramatic collisions between galaxy clusters ever seen is captured in this new composite image of Abell 2744. The blue shows a map of the total mass concentration (mostly dark matter).
By fitting a theoretical model of the composition of the Universe to the combined set of cosmological observations, scientists have come up with the composition that we described above, ~68% dark energy, ~27% dark matter, ~5% normal matter. What is dark matter?
We are much more certain what dark matter is not than we are what it is. First, it is dark, meaning that it is not in the form of stars and planets that we see. Observations show that there is far too little visible matter in the Universe to make up the 27% required by the observations. Second, it is not in the form of dark clouds of normal matter, matter made up of particles called baryons. We know this because we would be able to detect baryonic clouds by their absorption of radiation passing through them. Third, dark matter is not antimatter, because we do not see the unique gamma rays that are produced when antimatter annihilates with matter. Finally, we can rule out large galaxy-sized black holes on the basis of how many gravitational lenses we see. High concentrations of matter bend light passing near them from objects further away, but we do not see enough lensing events to suggest that such objects to make up the required 25% dark matter contribution.
However, at this point, there are still a few dark matter possibilities that are viable. Baryonic matter could still make up the dark matter if it were all tied up in brown dwarfs or in small, dense chunks of heavy elements. These possibilities are known as massive compact halo objects, or "MACHOs". But the most common view is that dark matter is not baryonic at all, but that it is made up of other, more exotic particles like axions or WIMPS (Weakly Interacting Massive Particles).

Before explaining I would also request you to read about the concept of dimensions and extra dimensions. Few helpful youtube links.
https://www.youtube.com/watch?v=p4Gotl9vRGs,

There are more awesome videos and texts on the net about this. Please get familiarized before reading this, if you are new to the concept of dimensions. But I hope at least after the release of the grandiloquent movie interstellar most of u would have read about the dimensions.Iin that case jump to my explanation directly. 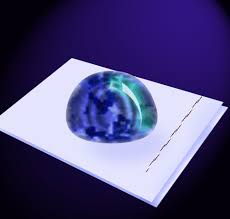 
Similarly, consider an object from higher dimensions in our 3D world. This object will have its gravitational effect in our world, but we can't realize or visualize (that is we cant see) what it is. My theory is why can't these dark matter could be an objects from an higher dimension. This dimensions can be 4th, 5th, ..... anything as of theoretically there are 11 dimensions. We can obviously feel the gravitational force yet we are unable to identify it. To do that we need to move in an extra dimension which is impossible for a 3D creature like us. Hence, I say that Dark Matter could be an higher dimensional object that exhibits its gravitational force in this 3D world of our universe.

To help imagining I am hyperlinking an animated video by Rick T. https://www.youtube.com/watch?v=EnPtl4YB8fA

But unlike in this video, the dark matter may not intersect with this 3D world, yet it can have its effect.
Posted by Siddharth Sivakumar at 23:08 2 comments:

In the year, 1915 Einstein came out with the idea of space-time relativity and shook the world of physics taking it to a greater height.

But what would u say/how would u react if I tell u that the concept existed much much earlier.!!

Yes, the concept of time dilation, time travel, space time relation existed much before the present era of modern science.

A story from the epic "Mahabarat/Mahabaratham" had this concept.
The story might be true or might be not, but its a clear proof that the idea existed around third century BC.

There was king called Kakudmi.He had very beautiful daughter Revati and no bridegroom could match to her beauty. So king Kakudmi and revati went to brahmalok (probably a space time travel). Brahma at that time was listening to songs with Gandarvas (dancers and singers).So they had to wait for sometime. When they met Brahma, they were told that now many "yugas" (1000's of years) have passed and Balram (brother of lord krishna) had born and he is the one who is for Revati. 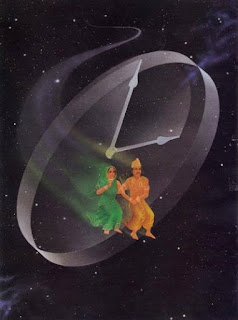 So logically Revati is much older than Balram, but practically she isn't. Isn't this similar to the "Twin paradox".

Coming back to science, another predominant fact is that time isn't independent, it depends upon two factors that is sapce and gravity.With this point it can be said that time at one place is not the same as time at another place talking extragalactically.

It is believed in hinduism that "Tri-moorty" (Shiva, Vishnu & Brahma) has a different measure of time to that of us.
One day for them is like 1000's of years for human beings.

Theism is entirely different (I'm definitely not theistic) but how could these people even had such a thought when science was even an unimaginable concept. Or is it science told in a different way. Who knows?!

what is this blog all about?

I am starting my blog with a tremendous faith that I can fascinate the readers with my content.

This blog is all about science and how it is related to various indian practices. Basically  I am a hindu athiest and I dont beleive in the idea of god but I can say that ancient indian practices, culture, tradition etc.  has untold science behind it. Isn't fascinating.?
I strongly believe that decoding these ancient treasures may contain unlocking key for the future of science.

Though there are many blogs with same subjects mine will be very simple but with more mind blowing content.
Posted by Siddharth Sivakumar at 02:05 No comments: